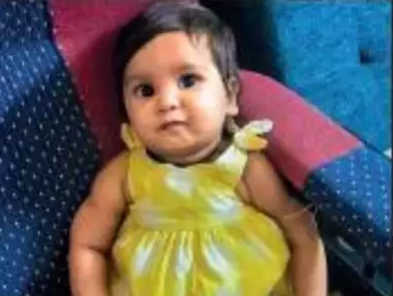 COIMBATORE: A Coimbatore couple who face the risk of losing their second child, too, to spinal muscular atrophy — a genetic disorder caused due to loss of nerve cells in the spinal cord and brain stem — if they fail to raise Rs 16 crore to buy drug Zolgensma, has been offered a helping hand by Vanathi Sreenivasan, national president of the Mahila Morcha of the BJP.
The former Tamil Nadu BJP secretary has requested PM Narendra Modi to waive off the GST and import charges that form 35% of the drug’s cost.

Vanathi Sreenivasan on Friday tweeted about her request to the PM seeking financial assistance for eight-month-old Zuha Zainab. She has also enclosed a copy of her letter that was copied to finance minister Nirmala Sitharaman and health minister Dr Harshvardhan. She wrote that Zainab’s parents Abdullah and Ayisha have resorted to crowdfunding to save the life of their daughter.

“I request you to waive GST and import duty and grant them assistance under PMNRF to help the baby get medicines as early as possible,” her tweet said.

Spinal muscular atrophy is a debilitating condition that causes weakness and contraction, affecting a child’s ability to crawl, walk, sit up, control head movements and eventually even breathe and swallow. It affects one in every 6,000 to 10,000 children worldwide.

The Podanur couple, who had lost their first son to the same disorder in 2018, saw their worst fears come true when their second child born in June 2020, too, developed symptoms.

“She would not be able to move her hands and legs and her head would not stand at all, exactly like how our first child suffered,” says Abdullah. “When she was two months old, suspecting the same disorder, we went to Royal care Hospital, who after sending her blood tests to the Netherlands confirmed that she too had had spinal muscular atrophy,” he said.

“This time, the pediatric referred us to Bangalore Baptist Hospital, who told us about drugs available, how some parents managed to source it and connected us to an NGO and crowdfunding platform,” he said.

Abdullah through the platform and other fundraising videos said that he could have managed even if it was a few lakhs, but Rs 16 crore is too big a sum for him or his family to source and has requested help from anyone who can even with a small amount. Through crowdfunding platform impact guru, they have hardly raised Rs 1.27 lakh so far.