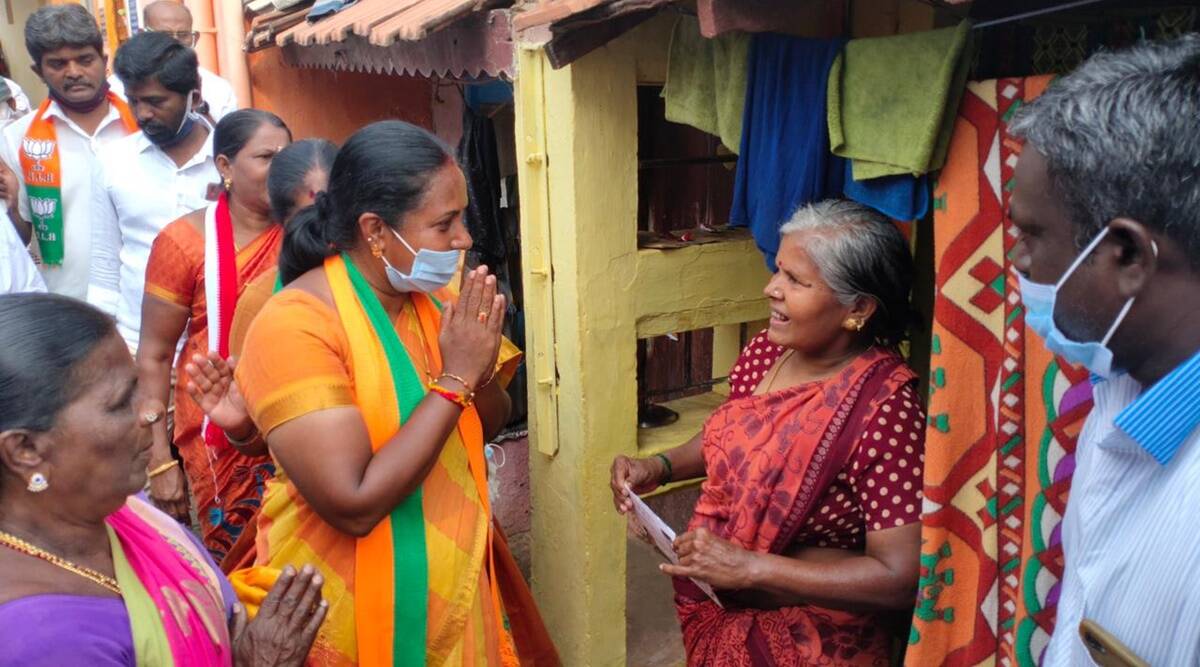 Vanathi’s comments come a day after MNM’s general secretary (propaganda) CK Kumaravel issued a statement where he said their leader would first participate in a debate with Prime Minister Narendra Modi and his cabinet of ministers, including Finance Minister Nirmala Sitharaman.

Taking to Twitter, Vanathi released a video where she said that a party that doesn’t respect women won’t be able to provide them protection.

“I have been provided the opportunity by Prime Minister Narendra Modi to serve as the National President of the BJP’s women’s wing. Our Union Minister Smirti Irani said Kamal Haasan should have a healthy debate with me and for that, the MNM party has called me a ‘thukkada politician’. I was born here in a small village, studied in a government school, and became a lawyer. I chose to dedicate my life to the public despite having the responsibility to take care of my children and my family,” she said.

Vanathi further added that in the last five years she had made an immense contribution to the welfare of the Coimbatore South constituency.

“In the last five years, if you take a look at my social media account, you will get to know the welfare measures I have done for people of this constituency. Despite all these things, if they call me by such names, then what respect do they have for the women? If a woman from a poor background rises to a top position in politics, will they shame her like this? How will a party that doesn’t respect women be able to protect them? Will MNM take steps for the welfare of the women? The party and its leader Kamal Haasan should reply to these questions,” she added.

Vanathi’s comments come a day after MNM’s general secretary (propaganda) CK Kumaravel issued a statement where he said their leader would first participate in a debate with Prime Minister Narendra Modi and his cabinet of ministers, including Finance Minister Nirmala Sitharaman.

“After that, he (Kamal Haasan) will debate with thukkada politicians like Vanathi Srinivasan. Let the honourable Union minister arrange for the debate. MNM’s student-wing members would suffice to debate with Vanathi Srinivasan who had lost twice in elections and is getting ready to lose for the third time,” the statement added.

Smriti Irani, who arrived in Tamil Nadu a couple of days ago, had campaigned for Vanathi Srinivasan. During one of her meetings, Irani said Kamal Haasan should have an open debate with Vanathi Srinivasan so that people come to know who really has knowledge about their issues and how they are going to resolve them.